The transition from high school to college can be difficult for most students, especially if you choose to go to school far away from home.

You start to go through an array of emotions that you were not used to because you probably never had to face them until college. With those emotions, you may find that it is hard for you to stay focused on your classes, resulting in a couple of bad grades.

Don’t worry. Here are some simple, yet effective study hacks for you to ace all your assignments – and especially your upcoming finals.

The first hack is Quizlet. Just because you may have used Quizlet in high school does not mean it needs to be left there. Many think that because the content of college work is much stronger than high school work that using Quizlet is a waste, but it’s not.

This site is very effective for remembering terms, whether it is 5 or 100 words, science- or history-related terms or even songs that can be broken up into parts. With this site, you have the choice to test yourself any type of way. Quizlet does it all.

The next hack is a study group. Whenever college students see the word “group” they tend to automatically dread the idea, especially in college. It is no secret that group projects somehow always go way left in college, but this is not a project. This is a group of students meeting up to succeed together. Even if one student in the group is the only person who has any idea about what is going on in the class, that helps.

Now, the final hack, which is probably the most effective, is studying before bed. This idea is overlooked by many but is an extremely smart thing to do. If you think about it, when you dream, you usually dream about something you saw or thought about before you went to bed, and when you wake up in the morning, you are thinking about that same thing. So, if you study right before you go to bed and do a run-through of the material as soon as you wake up, it is more likely that you will remember everything.

The New Year is approaching, and that calls for New Year’s resolutions. But why wait till Jan. 1, when you can set your own goals now? It’s easy to get distracted or discouraged along the way, but these guidelines should make the process a bit easier.

1.    Only set goals that will motivate you to be better.

When setting goals, it is important that you only set goals that will motivate you. Set goals that are important to you, and once they are achieved, you will feel like a better and new person.

Setting goals that have little significance in your life decreases your chances of following through. Always make sure whatever goal you choose is motivating and always know your “why.”

The goals you set should be relevant and measurable to your life now. They do not just have to be long-term. It’s equally important that your goals relate to your daily life, work and family.

Keeping your goals relevant to those three main things not only keeps you focused, but helps you strive even more.

Everyone knows that you can’t have a plan without an idea. So when you get your idea, make a plan. Making a plan guides you to the finish line. Some people become so occupied with the outcome of their goal, that they forget the steps they must take to achieve it. Without planning, your goal crumbles. After you set your goal and plan it out, remember to stick it out.

Remember that all things take time, and good things do not come easy. Whenever you start to give up, try to remember the reason you set that goal in the first place.

With these three simple steps, you can achieve any goal you set. 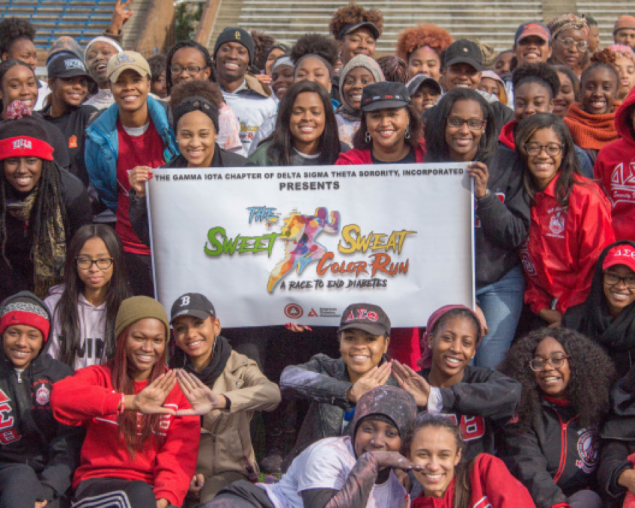 Type 1 diabetes is an autoimmune condition that occurs when your immune system attacks the beta cells that produce insulin in your pancreas.

Type 2 diabetes begins as an insulin resistance, so your body cannot take in insulin efficiently. Moreover, that only makes your pancreas produce more insulin, leading to high blood sugar.

Gestation diabetes occurs when insulin begins to block your hormones during pregnancy.

The treatments of diabetes vary depending on which type you have. Type 1 diabetes is treated with insulin. Since the damage to the pancreas is permanent, patients must take insulin every day to live.

Type 2 diabetes is treated by managing the foods, exercises and medications that control your blood sugar.

“Diabetes affects the way you eat, your mood, and how active you are that day,” said journalism major India Anderson, who has Type 1 juvenile diabetes.

Although there is no way to prevent Type 1 diabetes, you can lower your risk of getting Type 2 diabetes in several ways. Avoid smoking. Exercise regularly. Control your weight and diet. These simple habits can prevent gestational diabetes.

“Diabetes does not define my life because if you take good care of your body, then you are unstoppable,” said Anderson.

According to the official website of the American Diabetes Association, in the African American community, “13.2 percent aged 20 years or older are diagnosed with diabetes. African Americans are also 1.7 times more likely to have diabetes than non-Hispanic whites.”

The Color Run began at 9:30 a.m. At 10 o’clock, vendors arrived and music and games were set up. The additional festivities allowed the Hampton community to take part in the event even if they were not able to participate in the race.

The event was directed by Tia Westmoreland, a graduating senior from Raleigh, North Carolina.

“Diabetes awareness is important because it really affects people’s lives, and a lot of people do not know that it can lead to many other health issues down the line,” said Westmoreland.

The sorority also held a fundraising drive for donations.  All proceeds collected went to the American Diabetes Association.

With October being a busy month at Hampton University, students still find the time to spread awareness on health issues.

The Pink Bowl began with a  march from the Booker T. Washington statue to Bemis Lawn for the tournament.

Each team included seven players and a required registration fee of $35.

The fraternity donated all proceeds to the Susan G. Komen Foundation.

The event took three months of planning, and successfully had nearly 20 teams participate.

Women’s Caucus showed their support for breast cancer by hosting their very own week dedicated to the disease.

Events included a bake sale with pink treats, a bedazzle your bra party and more. In partnership with the Student Government Association, both organizations sold pink ribbons in support of breast cancer in the Student Center daily.

Transitions Family Violence Services, a shelter dedicated to domestic violence victims, motivated them to raise awareness in the HU community.

Last week the members of Campus Curlz and HU students stood on the steps of Robert C. Ogden Hall in purple attire to raise awareness for domestic violence.

“So many people are affected by domestic violence and it’s one of those things that is swept under the rug,” said Nia Wellman, Campus Curlz founder.

“It should not be like [that], more people should feel [that] they can speak out and the people who commit the crimes need to be punished,” said Wellman.

Members stopped students and asked them to read note cards that contained facts like  “70 percent of women are injured after separation.”

“For anyone that is trapped in a violent relationship we understand that it can be extremely dangerous to just up and leave. However, it’s not safe for you to stay. Make sure you have a solid plan, so that when you leave, [you] leave for good,” Wellman advised.

Participants created their own artwork in hopes to have their pieces donated to survivors.

Donations were collected for the Transitions Family Violence Services.

Although October can be the busiest month for HU students, they made time to participate in the breast cancer and domestic violence events hosted. Students came together to show that Hampton truly cares.