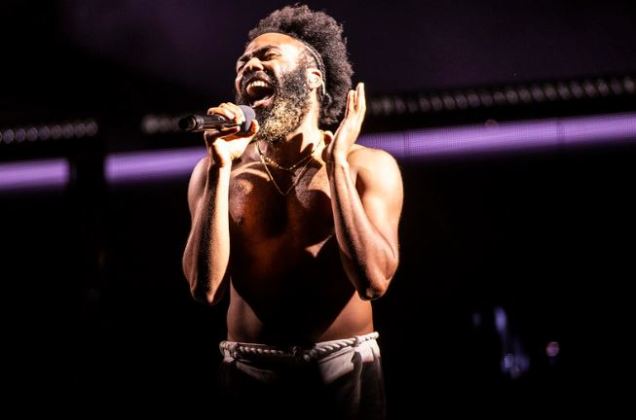 Coming off (arguably) his biggest year in 2018, Gambino has finally returned to deliver his fourth studio album, 3.15.20. Named after the date it was released, the Atlanta musician took the internet by storm by randomly releasing the project via a website titled “Donaldgloverpresents.com.” The album was playing continuously on this website from March 15 to March 16 and was removed suddenly with no warning.

Six days later, the album hit all digital streaming platforms – still with minimal promotion – and came to a surprise to most. If you’re wondering what to expect from this album, the rollout says a lot about Gambino’s intentions. The surprise drop seems to be intentional as it defies all traditional release tactics coming off a No. 1 single as Gambino did in 2018 with “This is America.”

If you’re familiar with Gambino, this is not surprising. Through his music and creative expression, he refuses time and time again to be defined by industry standards and norms. As for timing, it couldn’t have come at a better time. Everyone across the country is stuck in the house looking for anything new to engage in when it comes to content.

3.15.20 is an incredible culmination of electronic sounds, vulnerable emotions unorthodox sequencing tactics and hip-hop/house influences. Gambino has never been one to shy away from putting his influences on the front street. With samples from Zhane, Andre 3000 and Kanye West, the influences of this album from a content perspective are quite obvious. However, the instrumentation in which a lot of these samples are embedded in makes for a quite interesting journey.

Produced by Ludwig Garranson & DJ Dahi, the two producers who contributed heavily to Gambino’s most recent album, Awaken, My Love!, 3.15.20 is composed of sounds representing a wide range of musical eras. This is not new to Gambino. His previous album had a more consistent theme that paid tribute to the funk world’s biggest influences, such as Parliament-Funkadelic and The Ohio Players.

This album’s influences are not as consistent. The intro track “0.00” is comprised of a montage of electronic sounds, incredibly reminiscent of the ’80s sounds of Enola Gay. This record blends perfectly into “Algorhythm,” which takes a similar electronic take to the 1993 hit record “Hey Mr. DJ” by Zhane.

The electronic undertones of the LP come to its pinnacle at the third record, Time, which ironically includes very few electronic musical elements that were displayed in the two tracks prior. Instead, Gambino relies on his use of the voice-box to carry his vocals through. This record serves as the metaphorical rising action of the album. The hybridization of all the musical elements: the strong string section, a choir, electronically altered vocals and even a strong piano performance on the final chorus all come together to create a perfect bridge into the album’s high point: “12.38”

On the standout record “12.38,” Gambino flips the infamous hook of Andre 3000’s Vibrate to construct probably the most sonically pleasing record on the entire album. Aside from his great vocal performance and boppy production, 21 Savage graces this record with some much-needed insurgent energy. None of the features are listed on the tracklisting, so 21 Savage’s appearance came as a surprise during the first listen as the boppy instrumental definitely does not scream “21 Savage.” However, his presence highlights his versatility and range.

The rest of the album has its fair share of lows and highs. While things get a bit dicey on the production side of things on “32.22” with some obvious Yeezus inspired basslines and synth riffs; “42.26,” otherwise known as “Feels Like Summer,” serves as a bit of a saving grace before the project’s finale.

3.15.20 is unorthodox in every way. From the way it was released to the plain white cover, ominous track titles, uniform yet questionable sequencing and unusually long records, this album is definitely one that stands on its own. The sonic and physical inconsistencies point to some intention on behalf of Gambino as this may be one of his final projects. Gambino doesn’t seem to be concerned with sales, promotion or anything of the sort. Coming off of such big commercial success with his previous album and his single “This is America,” Gambino completely veers off the path he was on and delivers a project that seems to be honest and representative of where he is creatively and emotionally.