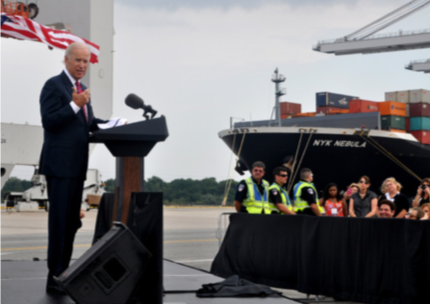 As the first round of Democratic primaries have begun, the remaining candidates are making last efforts to appeal to voters.

The first of these primaries was the Iowa Caucus, held Feb. 3. Although the caucus style of voting is unique to Iowa, its results have long been believed to be an early indicator of the eventual Democratic candidate for president. According to the Des Moines Register, since 1972, 55 percent of caucus winners have gone on to win the party’s nomination.

In the weeks leading up to the Iowa Caucus, former Vice President Joe Biden had been the leading candidate in Iowa polls. According to the National Review, Biden hosted a campaign event in Waukee, Iowa, the Thursday prior to the caucus. At the event, former Iowa governor Tom Vilsack voiced his support of Biden, with Biden promising the voters that he would “restore the character of the nation.”

However, Biden has recently faced growing competition from Mayor Pete Buttigieg and Senator Bernie Sanders. As of Wednesday, Buttigieg led in Iowa, based on partial results, with Sanders close behind, the Associated Press reported.

According to RealClearPolitics, a polling site, Sanders was leading among potential primary voters in New Hampshire and California. Another indicator of Sanders’ potential success in the primaries is his popularity with young voters. According to a Quinnipiac poll, Sanders leads Biden among young voters under the age of 35, 53 percent to 3 percent.

Sanders’ momentum had increased greatly due to endorsements from popular Democrats, including Congresswomen Ilhan Omar, Pramila Jayapal and Rashida Tlaib, who participated in a campaign event for Sanders on Jan. 31.

However, as the Biden and Sanders campaigns predicted reasonable success, another candidate emerged.

Buttigieg, who was the leading candidate in Iowa during the months of November and December, dropped to third place in the days before the caucus, according to Politico. While the Iowa results dragged on for days, Buttigieg held on to a tenuous lead.

Additionally, Senator Elizabeth Warren, whose candidacy had seen a noticeable increase in support in the recent months, has dropped in polls nationwide. Now Warren, who received an endorsement from the Des Moines Register, was predicted to have a small chance at winning the Iowa Caucus.

Many of the students on the campus of Hampton University, some of whom will be voting in the Virginia Democratic Primary in March, were still undecided about which candidate they will support.

“Even though the field has become much smaller, I am still not sure of which candidate I would want to vote for, even after all of the debates and campaign events,” Hampton University junior Brianna Cry said.

For Hampton junior Eddy Baldwin, the question remained why he should vote for any of the remaining candidates, in a field that has narrowed from more than 20 potential nominees to less than 10.

“I feel like a lot of their platforms are similar, and I don’t think any of the current candidates have gone as far as to prove what makes them different from the others,” Baldwin said.

After the Iowa Caucus, candidates still have many primaries to look forward to. Most importantly, Super Tuesday on March 3, when 14 states will host primaries.