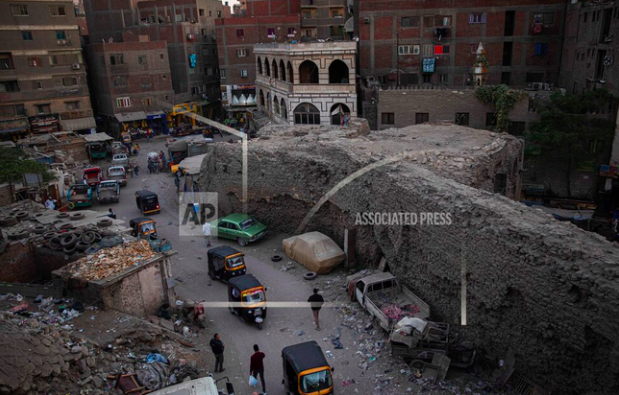 Freedom of the press is a privilege that most countries do not benefit from. Due to the first amendment of the United States, journalism corporations can report and publish news articles pertaining to the government.

In Egypt, Mada Masr, or Scope of Egypt, one of the country’s last independent news outlets, was raided Nov. 25. The news outlet has been critical about exposing the injustices that are occurring within the government.

Although Egypt’s current constitution expresses the concepts of freedom of press, and bans censorship, these rights are rarely practiced. According to the Tahrir Institute for Middle East Policy, “The government has frequently imprisoned journalists or blocked them from reporting. With 23 journalists in jail, Egypt was ranked as one of the top jailers of journalists worldwide in 2019 by the Committee to Protect Journalists.”

Egypt’s general intelligence has also taken control of several news outlets in order to censor what they report. Lauren Gray, an HU student, believes this issue needs to be addressed.

“I honestly didn’t know they were censoring news outlets. Why isn’t this getting more coverage?” she said.

The Egyptian government began to censor the media when former president Hosni Mubarak was in office. Many journalists were forced to quit their jobs and some were jailed. The worst occurred following the Jan. 25, 2011 revolution. Many Egyptian and foreign journalists were murdered as a result.

As the government continued to censor the media, many news outlets were closed due to the ban on private-owned and international news outlets. With this latest news outlet being raided, it is extremely dangerous for the citizens of Egypt to express the injustice in their country to the international community.

CNN reported the incident when their offices were first raided. “Security forces left. Lina Attalah, Mohamed Hamama, and Rana Mamdouh have been taken to the prosecution, according to one of the men who entered our offices,” the statement said.  Attalah is the news outlet’s editor-in-chief, while Hamama and Mamdouh are journalists.”

As more information has been released, the public has learned that no warrant was revealed when the officers entered the news outlet. This latest event shows how the media is being forced to change to produce only content is government approved.

“This kind of reminds be of dystopian books like The Giver and 1984,” said current HU student Maya Tillet. “It seems like this government will do anything to make sure their image is protected.”

Egypt’s freedom of the press may potentially become non-existent due to the government. But as a journalist, we must attempt to protect it to ensure the people have a voice. Mada Masr editor-in-chief Lina Attalah said it best, “We are all in danger, and if we do not stand up, we will all be their prisoners.”