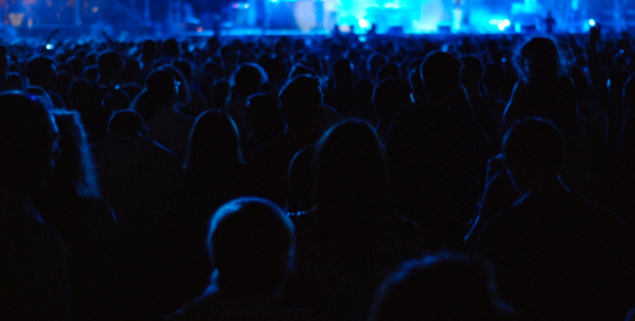 Music has always evolved over the years. Each generation has its people who break new ground and take it to another level by opening new doors for the next to come. With the emergence of new streaming platforms such as SoundCloud and Spotify, artists are taking a DIY approach, and more and more music is being produced every day.

Although it may be hard to find those unique voices, here are a few artists who are transcending genres and breaking through saturation by offering a fresh, new sound.

Rico Nasty is one of the many talents putting the DMV on the map. The 22-year-old Prince George’s County, Maryland, native constantly breaks barriers with her bold, riotous energy. Rico has a clear and command approach to her artistry. She gained notable attention from the public with some of her works such as “Sugar Trap,” “Nasty,” “Anger Management” and “Tales of Tacobella.”

Her fan base quickly grew after releasing her hit single “Poppin” and once she joined the Atlantic Records family in 2018. Some of the talented people she’s worked with to create gems are producer Kenny Beats, Famous Dex, Doja Cat, BlocBoy JB and EarthGang. RicoNasty allows herself to stand out from other female artists in the game by breaking all the social barriers. She embraces her edgy side by wearing one of her most significant hairstyles in spikes, similar to the way hardcore rock stars would often do. Rico Nasty resembles way more than just a woman in the hip-hop industry. She approaches the world with her music by having no care of people’s opinions. She represents the African-American community by standing for women who enjoy rioting to rock music. She’s leaving her mark on the music industry by making it OK to be raw, edgy and punk. Rico Nasty resembles the “no rules” era of rap, and some would say that’s what this generation needs.

Playboi Carti is a 23-year-old American rapper from Atlanta whose sound has led him to become a generational icon representing the youth. The internet star made his rise to fame off the strength of Soundcloud from his hit songs “Broke Boi” and “Fetti.” Since signing to Interscope Records and A$AP Mob’s AWGE Label, the mumble rapper has released projects Playboi Carti and Die Lit. He’s collaborated with other musicians such as Lil Uzi Vert, A$AP Rocky, Solange, Chief Keef, Tyler, The Creator, Lil Yatchy and Migos.

Aside from his musical aspect of art, Playboi Carti is one of the many artists bringing a norm to the collaboration of fashion and music by making several appearances on runways such as Louis Vuitton, Kanye West Yeezy Season 5 and Drake’s OVO Lookbook. Currently, Playboi Carti is standing out the most from his peers in the music industry because of the way he presents his sound. Carti’s “baby voice” leaves the normal pitch escalating to a high pitch on popular songs such as “Almeda” with Solange, “Earthquake” with Tyler, The Creator and “Pissy Pamper” with Young Nudy. His fan base is impatiently waiting for him to release his highly anticipated album Whole Lotta Red.

Smino brings a sophisticated funk sound to the rhythm and blues music made today. He creates art that merges the vibrant sounds of futuristic funk and disco. A St. Louis native, he is the founder of the musical group Zero Fatigue with artists of today’s times such as Bari, Ravyn Lenae, Monte Booker and Jay2. He also accompanies musicians J.I.D, Buddy, Guapdad 4000 and EarthGang to form the hip-hop group Zoink Gang. Lastly, he serves as the third member of the newly formed band Ghetto Sage alongside Noname Gypsy and Saba. It’s fair to say that Smino is an artist of many trades that are well-liked by a diverse set of artists in the industry.

The 28-year-old is signed to Downtown Records and Interscope. Some of Smino’s most recognized works are “Blkjuptr,” “Blkswn” and “NOIR.” He offers a fusion of many different styles including the elements from genres such as reggae, hip-hop, and R&B. Smino makes sure he’s not easily forgotten with his innovative Afrocentric style as he blends his country down south roots with his Chicago side.

“I admire Smino because his delivery always catches my attention,” said Brittany Johns, a Hampton University senior psychology major from Alexandria, Virginia. “He comes up with very catchy flows in the most clever ways. I like how his wordplay, when it comes to songwriting, is witty and humorous.”

These artists are voices for people with perspectives that didn’t exist before. As long as people evolve, music will, too.