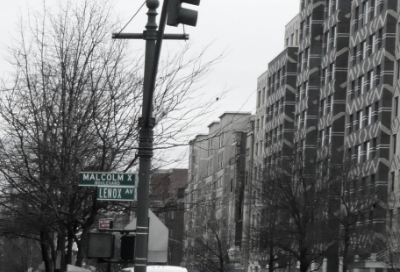 As we enter the fourth quarter of the year, content, especially television shows, usually dry up. Fortunately, Epix has just released its new series, Godfather of Harlem. This series tells the story of Ellsworth “Bumpy” Johnson. Johnson, played by Forest Whitaker, was a black mafia leader in Harlem, New York, in the 1960s.

Never heard of Bumpy Johnson? Don’t feel bad. His story is one of many untold black stories in American history. Many aren’t aware of the vital role that black crime leaders such as Johnson played in the fight for civil rights in the 1960s.

“It’s a great show that gives histor- ical context on a time that many people don’t have knowledge of,” said Joshua Newman, a Hampton University junior from Waldorf, Maryland.

The 1960s were not only a time where African Americans were fighting for civil rights, but it was also a time in which the community was being destroyed by heroin, due in large part to the Italian mob.

Godfather of Harlem begins with Johnson’s release from prison. Upon his return, he finds his community is in disarray. Malcolm X – Nation of Islam minister, revolutionary and Harlem native – collaborates with Bumpy upon his arrival to retaliate against the Italian mob for the damage they have caused to the city of Harlem.

The series also includes some cameos from some of the most important Nation of Islam supporters such as Cassius Clay, also known as Muham-
mad Ali, and Doug Jones. From top to bottom, Godfather of Harlem is just as much a highlight of historical phenomena as it is a highlight of contemporary cultural phenomena. Whether it be the portrayal of how drugs have negatively
affected the black community or what could happen within the black community when its leaders unite, the series offers distinct cultural commentary clearly geared toward a black audience.

To add more emphasis to the over-
all cultural commentary, the soundtrack of the series is curated by producer Swizz Beatz. Swizz tapped Rick Ross, DMX, Buddy, A$AP Ferg, French
Montana and more for appearances on
the soundtrack. Godfather of Harlem can be viewed every Sunday on Epix’s streaming platform.