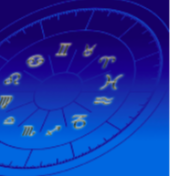 Despite your beliefs, it’s like- ly that you’ve used Google or the infamous Co-Star app to see just how accurately your Zodiac sign matches up with your personality or the personality of someone you really like.

After all, about 29% of Americans say they fully believe in astrology, according to a study performed by Pew Research in 2018.

“I use the Co-Star app, and the in- formation it gives me about my current mood and feelings is always accurate,” said Hampton University sophomore Sierra Williams, a journalism major.

But not all Hamptonians are as quick to rely on astrological signs.

“I’m not into zodiacs that much,” HU sophomore journalism major Adonis Williams said. “Some of the stuff can be true, but I think it just depends on the person.”

Many skeptics such as Williams often ask the same question: How can an ancient symbol based solely on my birth month tell me who I am or who I should love? But this is a limited understanding
of the zodiac. Looking back at the history of these astrological signs can help to explain astrology’s lasting cultural significance.

The roots of astrology are believed to have begun in ancient Egypt, according to the History Channel documentary “Riddle of the Zodiac.” In Egypt, archaeologists have discovered cave paintings, mammoth tusks and bones marked with lunar phases. These researchers argue that humans relied so heavily on the Earth during this period that they wanted to document this connection.
However, the first organized system of astrology charts arose during the 2nd millennium B.C., in Babylon. These charts were originally symbolic ways to identify the months of the year and their
relationships to the Earth. Each month of the year was given a designation based on an element and animal within the atmosphere.

Over time, these ideas were passed down to and perfected by the Greeks. But how could anyone so far back in history predict modern personalities and personal habits?

Well, Greek astrologers studied large groups of people over long peri- ods of time and discovered that people born around the same day have similar characteristics and behaviors. Zodiac signs were then created as identifiers for people born in specific months and their personality traits. Their purpose was never to control a person’s belief about themselves, but to loosely de- scribe them. Given that this experiment was done centuries ago, it could be accurate for some and inaccurate for others.