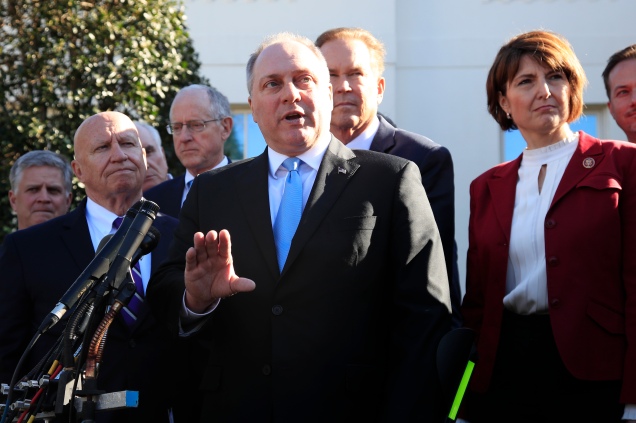 January 2019 marked the inauguration of one of the most progressive classes of representatives that the United States has ever elected, and it is thanks to some of these new members of Congress that the concept of the “Green New Deal” has been introduced as legislation.

Senators, most of them Republican, on March 26 voted 57-0 to overturn the proposed “Green New Deal.” The bill, sponsored by representatives Alexandria Ocasio-Cortez (D-NY) and Ed Markey (D-MA) would have established environmentally conscious goals to be achieved over the next 10 years–goals that sought to curtail climate change and address disparities in socioeconomics, health care and quality of life throughout the United States.

The bill is still in its primitive form. It can be accessed in its entirety by the public on Congress’s official government website under the title “H. RES. 109.” Despite its recent political popularization, the term “Green New Deal” was coined over a decade ago in articles by Thomas Friedman, a journalist for the New York Times. The term is a reference to the 1930s programs initiated under former President Franklin D. Roosevelt in response to the widespread poverty and economic decline of the Great Depression.

Micah Jackson, a Hampton University senior strategic communications major from St. Louis, said he “vaguely remembers learning about the original New Deal in history class,” but he “can see the connection” with its modern regeneration. Because the Green New Deal encompasses a host of progressive social reforms in integration with climate change initiatives, its introduction has created a definitive partisan platform to be undertaken by not only congressional representatives but also candidates in the 2020 presidential election.

Though both Republicans and moderate Democrats have described the Green New Deal as far-fetched and unachievable in the proposed time frame, according to the New York Times, dedicated representatives such as Senator Markey view the voting “sabotage” as a mockery of human livelihood and planetary sustainability. Reports by scientists from the Intergovernmental Panel on Climate Change fully accredit “pre-industrialized” climate change to human activity.

According to the “Special Report on Global Warming of 1.5 ºC” and the November 2018 Fourth National Climate Assessment, the United States alone has been responsible for 20 percent of global greenhouse gas emissions since 2014. Youth-led climate action groups such as the Sunrise Movement have attracted national attention with their protests demanding elected representatives’ active commitment to addressing climate change via legislation and policy.

When asked if they thought the that the proposal to simultaneously create better jobs while utilizing 100 percent emission-free, sustainable infrastructure over the next decade is an attainable goal for the United States, Hampton University students Raquel Lewis and Samora Moore said they think the climate goals proposed by the GND are fully attainable within the 10-year time span because the United States “definitely has the tools necessary to take the steps to get there.”

Lewis also thinks climate change is not being addressed as appropriately as it should be by certain members of Congress because they “are not informed of it.”

Nevertheless, as the race for the 2020 presidential election nominees inches closer, candidate platforms that choose to either actualize climate change or to completely ignore it will determine the future of environmental policy both nationally and throughout the globe.