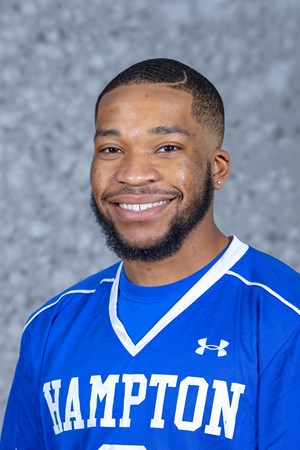 One thing it is not known for … yet … is lacrosse.

Hampton lacrosse did make a splash in 2015, when it was featured in an ESPN special. ESPN covered how HU was the first HBCU to have a varsity lacrosse squad.

After moving up to Division I, the Pirates are looking to have their best season yet. Hampton was 5-8 last year and has started 4-3 this spring.

One of the key contributors is junior midfielder Jonathan “JP” Napier. Napier, who has scored four goals this season, was recognized on Chris Rosenthal’s Insider Lacrosse Junior Watch List. Napier is known for his hustle and has made his mark as an impact player, something every team desperately needs.

Napier also thinks he improved this year due to his internship last summer with Harlem Lacrosse in Harlem, New York.

“I think my game has improved for the most part because of my IQ,” Napier said. “This summer up in New York was good for me. Being around the game every day, being coached by great coaches and even coaching kids helped me. I learned a lot about preparation and new schemes by watching tons of film.”

It showed when the Pirates played a very talented Maritime team. Even though the Pirates ended up losing 17-11, Napier had his best game, netting one goal and two assists. JP also believes that he’s at best when he can catch defenses by surprise and keep them off-balance with his aggressiveness to open up other opportunities for his teammates.

When asked about his impact on this year’s team, Napier replied with a smile.

“I believe I bring leadership both on and off the field,” he said. “I just try to lead by my actions and hold myself accountable.”

Catch Napier and the Pirates on April 6 as they face New Jersey Institute of Technology.