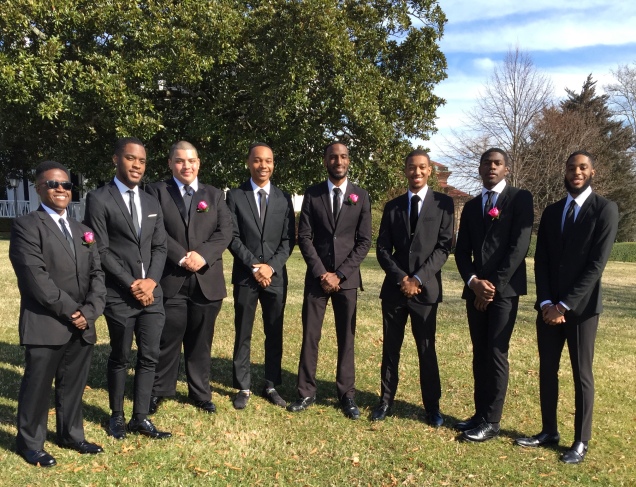 The Oxford English Dictionary defines masculinity as “Qualities or attributes regarded as characteristic of men.” Characteristics commonly associated with masculinity include strength, not being overly emotional, aggressiveness and an appreciation for watching or participating in sports.

With society telling you the “correct” way to act, these limitations hinder the maturation of boys to manhood, because there is less space for them to truly be themselves.

At Hampton University, masculinity does not seem to be that big of an issue. Instead, many guys on campus pride themselves on doing their own thing, joining dance teams, women-led organizations and clubs, and entering male pageants.

Despite the fact that these contestant hail from different hometowns, are enrolled in different class years and belong to different majors, they all had the same goal: executing their platforms through the pageant.

“This pageant has helped me bring my platform ‘Bridging the Gap: Bringing awareness to the lack of connection between the Black and LGBTQ communities’ to the forefront and get an important message across,” said Elijah Jackson, a sophomore psychology major from Richmond. “I am forever grateful for the Gamma Theta Chapter of Alpha Kappa Alpha Sorority, Inc. and my fellow pageant brothers for helping me achieve this,” he added.

Although the objective of the pageant was to win, all the contestants stood to gain more than a title.

“The pageant really brought me out my shell. I wasn’t really used to being in the spotlight. I’ve always been behind the scenes. It’s something that I learned to take control of,” said Rodney Garner II, a fourth-year Architecture major from Charlotte, North Carolina.

A reassessment of traits associated with masculinity is needed for our society’s future. You never know how one experience can change you for the better, unless you try. One tip that was emphasized in practice was to just have fun with performing. “Have fun and live your life to the fullest, never think of quitting; your parents raised you better than that,” said Cam’Ron Smith, a first year in the five-year MBA program from Prince George’s County, Maryland.

Smith then cited one of his favorite lyrics by D.C. native rapper Wale: “Never limit yourself based off of what is the current standard! Your ambition is priceless, It’s something that’s in your veins.”

Contestant number 8, Rodney Garner II, ultimately took home the crown as the new Mr. Ivy for the 2019-2020 school year. All of the 2019-2020 Mr. Ivy contestants would like to thank their coaches; director Marian Rosario; co-directors Naya Jacobs and Daneisha LaTorre; Miss AKA Tiffany Livingston, the former Mr. Ivy Lamar Jones; and lastly, the Gamma Theta Chapter of Alpha Kappa Alpha Sorority, Incorporated for providing them the opportunity to forge a new type of brotherhood.