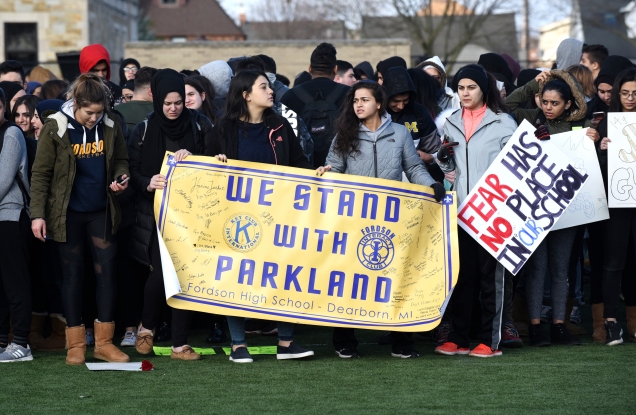 It seems that every time we turn on the television, we see another tragedy.

We find out about shootings taking place in common, frequented areas such as schools or religious centers.

They happen so often, that we, as a country, are becoming desensitized to them, and a lot of them are not even making the national news.

Whenever a shooting occurs, the same routine happens where people express their condolences the first few days but then stop thinking about it within the next week.

Why is this? Why are these tragedies happening so often that people are no longer reacting to them? There are many answers to this question.  Mass shootings have always been a problem, but it was not until recently that they become a “normal” thing in the United States.

The terrible tragedy in 2012 at Sandy Hook Elementary School in Newton, Mass., was followed by a string of mass shootings in the United States.

To many, this event should have been a turning point in America. That shooting is all it should have taken for the government to tighten gun laws and make a change.

According to Business Insider, there have been 297 mass shootings in 2018, with one of the most recent at a Pittsburgh synagogue leaving 11 people dead. After 305 days, there had been almost one mass shooting for every day this year.

“I feel that the normalization of these shootings is terrible because it shows how often they are happening in our country,” Hampton University freshman Amanda Owens said. “A lot of this has to do with the second amendment that people like white supremacists keep bringing up.  I do not believe we need to take away all weapons, but it definitely should not be this easy to get one. Innocent children should not be murdered just for going to school.”

The debate about gun control and gun safety has been ongoing in America for years.

On one side, you have people who would rather protect their gun rights than implement more gun safety laws. On the other side, you have advocates for gun safety, who believe guns should not be as accessible as they are.

This back and forth is one of the biggest conflicts in the country right now, and unless there is a change, the same issues will continue to occur in America.

“I do think that mass shootings are being normalized in our country, especially since they are happening so often now,” HU freshman Keseana Howard said. “Politicians are no longer taking them seriously, and instead, it’s us that are taking them serious. In order for a change to be made, we need stricter gun laws. Stop allowing just anyone to get a gun. People who are mentally unstable should not be allowed to own guns.”

Overall, the normalization of mass shootings has become a huge problem in this country. It is our job, as the next generation, to speak out against these things and stand up for what we believe.

We are going to be the next politicians, lawyers and doctors, so it is important that we restructure the system so future generations do not have to endure this conflict. By being more involved in public policy, we can be the change that we wish to see.