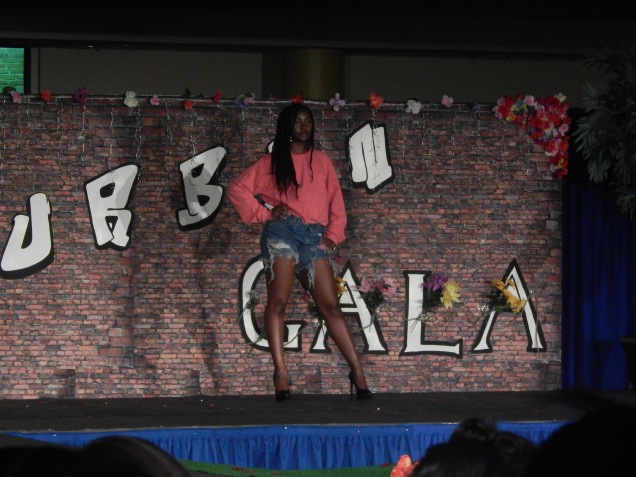 Another Hampton University Fashion Week, or Homecoming, has come and gone. Wednesday Oct. 24, co-coordinators Kalijah Stokes and Jaida Brooks presented their vision to the campus.

While the show was executed flawlessly, the path to perfection was riddled with bumps. Co-Coordinator Jaida Brooks disclosed that practices the week of the show could sometimes run until two in the morning. To ensure a sharp performance, a near constant run of show was emphasized, and it showed.

Despite four designers deciding they wanted to drop out the night before, the show would go on, and go on it did. From the first model to make their way downstage to the coordinators final walk the show was precise; hours of practice were evident, and their vision was clear. The 2018 Fashion Show strutted its way into the highlights of the week.

This year’s show was split into five scenes, typically featuring a designer presenting their brands, with special interlude performances by emcees (and Hampton’s own) Zay Blaze and Spoddie C.

The show continued to its second scene, entitled “Flowerchild.” An encapsulation of the “Chella Vibes” requested by this year’s Homecoming Committee. “Flowerchild” was boho with a Hampton edge. A pastel dominant palette and an affinity for form fitting silhouettes had looks prepared to go from late night drum circle to Sunday brunch in a heartbeat.

Following “Flowerchild” a brief break in the action allowed the audience respite to catch their breath before their attention was grabbed back with a force by the beginning of the third scene, “Afropunk.” Brooks quoted the inspiration for the scene as “APES***” by the Carters.

To put it simply, the scene was high energy, bass pumping, models bearing black and straight faces, strutting down the runway with conviction. With no particular designer manning the scene, the vision and sartorial ability of the coordinators was on full display.

Following the close of Scene 3, the stage was graced with performances by Spoddie C and Zay Blaze, backed by (in this author’s humble opinion) one of the most exciting scenes of the evening.

While not an official scene or presentation, the models and looks sharing the stage with the performers were some of the best of the evening. Raw hemmed denim, dramatic fringe, and a black dominant palette collided in a showing with attitude somewhere between Trina and Debbie Harry.

Enter Scene 4: A Rose in Harlem, presented by Divine Echelon. Backed by Teyana Taylor, models strutted the stage in sweat suits and tracksuits by the brand. The color palette was simple: black, grey and red and the fit was relaxed but not slouchy making for a very wearable collection.

Chosen to close the show, Hampton University’s own, HypeClinic. Featuring orange (spooky season, gone too soon) in as many ways as possible the audience got first look at what would become the Halloween collection for the brand. Featuring sweatpants, t-shirts, and sweatshirts the collection was mainly essentials.

Another fashion show come and gone, another fantastic result. Despite all the hardships, bumps and adversity, a flawless show was delivered to campus. Start getting your outfits ready, Spring will be here before you know it.