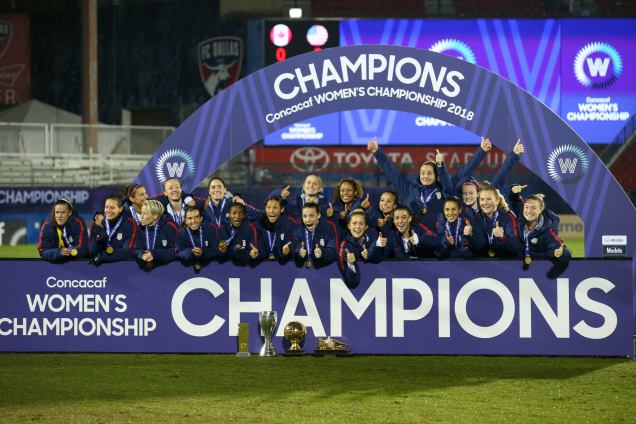 The United States women’s soccer team defeated Jamaica 6-0 in the semifinals of the CONCACAF Women’s Championship on Oct. 14, qualifying the team for the World Cup next summer in France.

The U.S. went on to defeat fifth-ranked Canada 2-0 in the CONCACAF final Oct 17.

This will be the United States’ sixth trip to the World Cup. Coach Jill Ellis picked 20 players from a pool of 60 players for the qualifying tournament.

The roster will increase to 23 for the World Cup. She will add two other players and one goalkeeper.

Against Jamaica, Alex Morgan and Tobin Heath had two goals each in the first half. Left forward Megan Rapinoe and center midfield Julie Ertz also scored in the first half. Morgan added to her first goal by scoring on a penalty in the 84th minute.

In November, the United States will play two friendly matches in Europe. The Americans’ opponents have not been determined yet. The team will return to Europe in early 2019.

The U.S. will regroup for their World Cup training camp in early May on the West Coast. The Americans then will play three matches before leaving for France. This World Cup will expand from 16 to 24 teams. So far, 18 teams are locked in. The tournament begins June 7.

The United States women defeated Japan to win their third World Cup title in 2015 and are favored to win again.