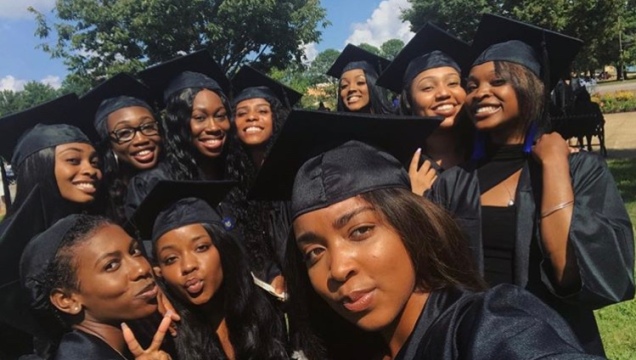 A clear blue sky greets the graduating seniors as they excitedly make their way to the Hampton University Convention Center for the Seventy-Sixth Annual Fall Convocation Address. The air is alight with a zealous buzz as the students, faculty, and staff file in to find their respective seats, and there is a sense of finality and comraderie in the almost synergetic movements of the seniors. As Michael S. Adams Jr., president of the senior class, rises to the podium, a hush falls over the crowd. As representative of the senior class, Adams did a superb job describing the emotions of his classmates. “This moment is no longer a dream,” he said, his statement followed by murmured exclamations of agreement.

Opening Convocation is the first time the graduating class is addressed as such, and it’s far more than a mere tradition. Convocation stands as an actualization of what’s to come for those yet to graduate, a reminder to apply oneself thoroughly to one’s studies. To the seniors, it is a golden gauntlet that they have earned through countless all-nighters, irreplaceable memories, and sheer force of will.

When the choir began its first selection — the singers’ voices seeming to caress every angle of the Convocation Center — it was a moment for the seniors to reflect.

Daryl (DJ) Riley, Jr., a (graduating) senior electrical engineering major from Newburgh, N.Y., said, “Knowing that I am done with school as well as being a first-generation college student really lets me know that I am doing something with my life … making my mom proud, making my family in proud in general…” he pauses and collects his thoughts, “I can’t believe I made it this far.”

Riley isn’t alone in feeling like Opening Convocation is surreal. Adams, a psychology major from Atlanta, said that during the indoor procession he considered his last three years as a Hamptonian.

“The major emotion that I was feeling was reflection — reflecting on the last four years,” he said. “I remember sitting in the bleachers freshman year thinking about how boring the ceremony is, but now all I can do is think about what’s in store for my future — it’s exciting.”

All that being said, there was a nagging question in the back of my mind as I sat through Opening Convocation, I kept wondering, do they feel prepared? I know I’m not alone in wondering if I will be ready for the big and bad real world once I bid my “Home by the Sea” adieu upon graduation. I was curious to know whether the feeling of preparedness increases as time continues in our educational journey, or if anxiety just continues to rise.

Gretchen Farrow, a senior computer science major and nanoscience minor from Delaware, said “Yes!” when asked whether the skills Hampton had equipped her with had prepared her to face the real world. “One thing that Hampton has taught me is how to learn,” she said. “If you know how to learn, if you can teach yourself you can go anywhere — to any job you are required to do, you’ll be able to learn it. Another thing that I have learned here is learning to trust yourself, and the things that you know to be true.”

As the Seventy-Sixth Convocation ceremony came to a close, the distinguished speaker, Frederick M. Lawrence, left the crowd with exceptional advice. He said, addressing the Quintessence class, “It’s times like these that people like me are supposed to come in front of you and say, ‘These are the best four years of your life!’ I never say that. I don’t know if there is anything more depressing than to say to a group of young people that are about to graduate that the best four years of their lives are behind them. My wish to you, my lesson to you, is that for the rest of your long, healthy lives, the best four years of your life are the one you are living and the three that are to come.” 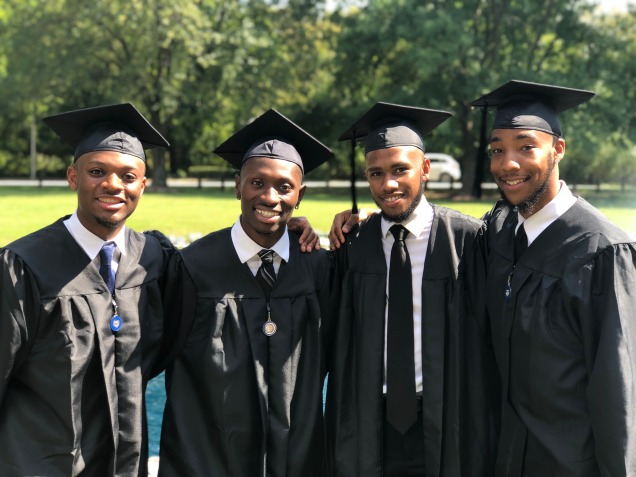