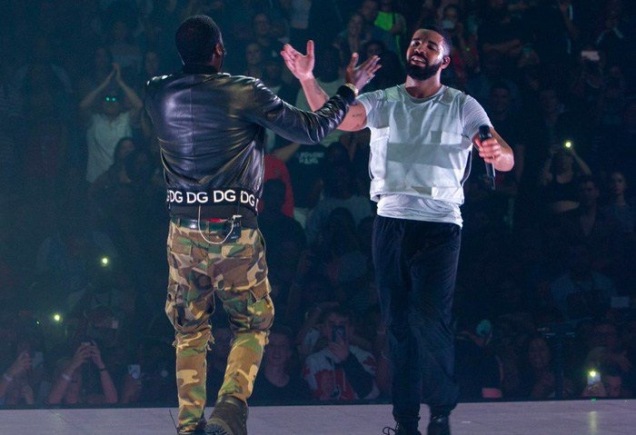 The two had been feuding ever since they both released tracks dissing one another. The reunion of the two artists was showcased on social media to fans worldwide after Meek Mill performed his hit song “Dreams and Nightmares.”

In 2015, the Meek Mill and Drake feud was one of the biggest stories in hip-hop. According to Rolling Stone, the tension began after Meek Mill exposed Drake on social media for allegedly using a “ghostwriter” for his music. Soon after, Drake responded with two diss tracks, “Charged Up” and “Back to Back Freestyle,” which he performed at his concerts alongside a slideshow composed of viral memes making fun of Meek Mill.

“I was ‘Team Drake’ solely because of the lyrical content that was embedded in his song,” said Hampton University senior Mecca Murphy, who is from Baltimore. “The punch lines that Drake utilized and the beat that he chose was perfect for both a diss song and a hit song.”

Once Meek Mill released “Wanna Know” as a response diss track, the two rappers remained rivals for years. Surprisingly, Drake promoted Meek Mill’s freedom from prison at one of his concerts after Meek was sentenced to two to four years for violating his probation. Drake was among many other artists in the hip-hop industry to rally support for Meek Mill’s release.

“What happened happened,” Mill said on “The Breakfast Club” radio show in May, shortly after his release from prison. “We moved past that. I think we’ll have a conversation next time we see each other, and get it going.”

In an era when feuding has become a trend between fellow artists in the hip-hop industry, the unity displayed between both Drake and Meek Mill could potentially send a powerful message to fans watching.

“They handled the situation as men, instead of running back to social media,” said HU senior Joshua Thompson, who is from Washington, D.C. “Squashing the beef on such a platform speaks volumes to their character and the fact that they are choosing music over matter.”

Following the performance, Drake posted a picture on his Instagram of the two on stage shaking hands with a caption that explained how this reconciliation has been one of the most gratifying and electric moments of his career. Fans also took to social media to express their approval of this hip-hop reunion.

Some fans hope a collaboration on new music will be in the works.

“I’m a fan of this reunion,” said HU junior Michelle Ezeigbo, who is from Norfolk. “They’re both great artists, and they don’t need to be fighting. I’m happy they squashed the beef because hopefully they can give us more music like ‘R.I.C.O’ and ‘Amen.’”